The Bride and Groom explored the venue with their photographer, while the guests made their way through to The Great Hall to take their seats. After their photos, the newlyweds were welcomed by the wedding party with an overwhelming round of applause as they circled the dancefloor.

Shortly after the bride and groom took their seats, our waiting team brought out the pan-seared salmon with lemon dill crème fraiche, pickled cucumber and charred kohlrabi starter along with the artichoke creme brulee tart starter.

Guests were then entertained by singing waiters who delivered the slow-cooked Jacob’s ladder and summer vegetable coulibiac main courses to the guests. Dessert was a beautiful coconut and lime blancmange with coconut crisp, compressed pineapple, lime curd and rum syrup.

After the speeches, cutting of the cake and the first dance, the doors to the Livery Hall were opened to reveal an Icecream tricycle and Krispy Kreme tower. The Greek money dance began in The Great Hall, followed by many other traditional dances that continued into the night. 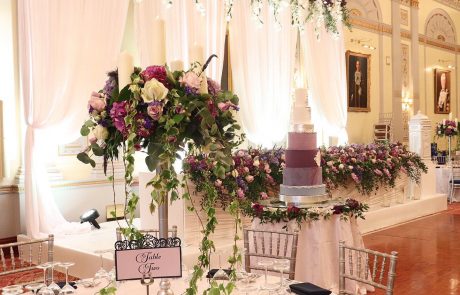 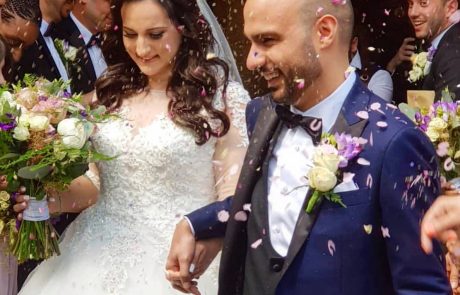 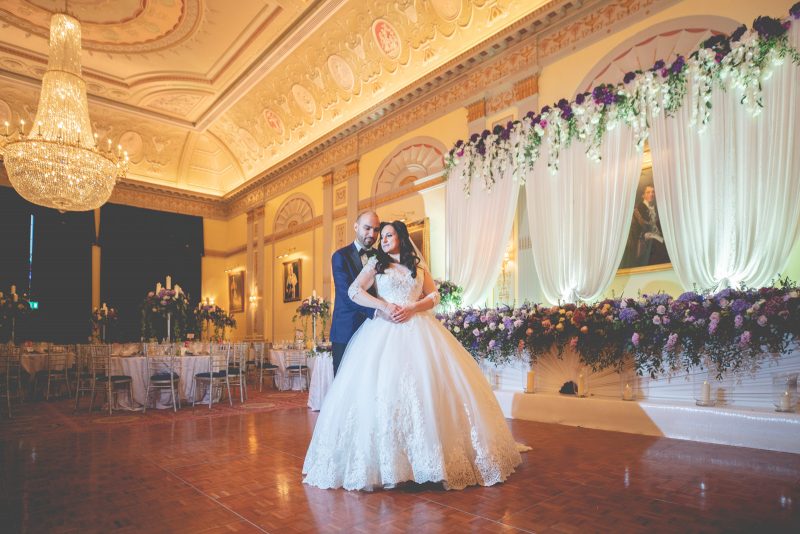